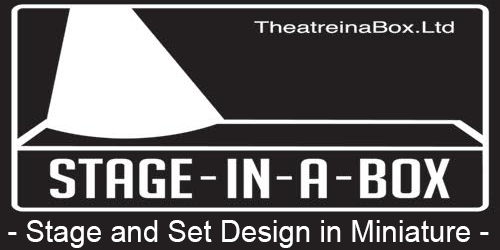 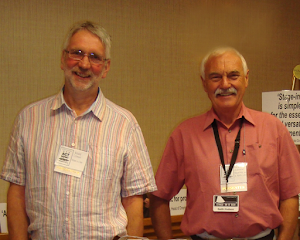 Theatreinabox was set up in 2009 by Richard Catmore, a teacher of Theatre Studies in Northern England, and Keith Hudson, a retired Radio Officer and Chief Electrician who had previously worked in the offshore oil industry. Richard was thinking of ways to make it easier for his Theatre Studies students to imagine and devise stage sets for the plays they were studying. He thought that there must be a way of modelling stage sets but couldn’t find anything online. That’s what made him and Keith design the kit they called Stage-in-a-Box.

They wanted it to be really easy to use, but also capable of modelling quite complex stage set designs. Working in a college and with a lifetime working in High Schools, Richard knew that it had to be portable, sturdy enough to withstand plenty of use and large enough to allow 4 or 5 students to work with it at any one time. They took the prototype kit Keith had made to their local business support agency who encouraged them to form a company and make Stage-in-a-Box available to everyone.

Since then they have sent Stage-in-a-Box sets to every continent [apart from Antartica…]. They pride themselves on providing a quality product quickly and efficiently. They are thrilled that globally, many schools, colleges and universities, as well as amateur and professional theatre groups, now use Stage-in-a-Box in their work.